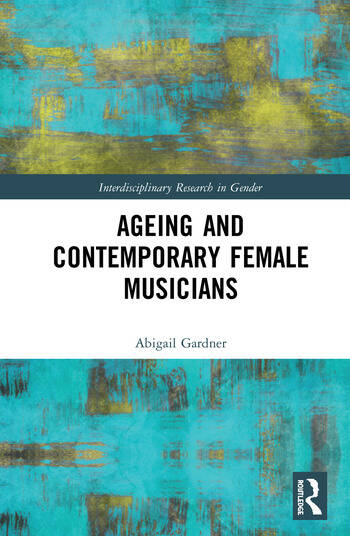 Ageing and Contemporary Female Musicians focuses on ageing within contemporary popular music. It argues that context, genres, memoirs, racial politics and place all contribute to how women are 'aged' in popular music.

Framing contemporary female musicians as canonical grandmothers, Rude Girls, neo-Afrofuturist and memoirists settling accounts, the book gives us some respite from a decline or denial narrative and introduces a dynamism into ageing. Female rock memoirs are age-appropriate survival stories that reframe the histories of punk and independent rock music. Old age has a functional and canonical ‘place’ in the work of Shirley Collins and Calypso Rose.

Janelle Monáe, Christine and the Queens and Anohni perform ‘queer’ age, specifically a kind of ‘going beyond’ both corporeal and temporal borders. Genres age, and the book introduces the idea of the time-crunch; an encounter between an embodied, represented age and a genre-age, which is, itself, produced through historicity and aesthetics. Lastly the book goes behind the scenes to draw on interviews and questionnaires with 19 women involved in the contemporary British and American popular music industry; DIY and ex-musicians, producers, music publishers, music journalists and audio engineers.

Chapter 3 ‘Tilted’: The Queer Ages and Sideways Spaces of Janelle

Monáe, Christine and the Queens and Anohni

Chapter 6 "They’re not going to give me Stormzy’:

Ageing Matters Behind the Scenes

After word Age Stages, a Reflection

Abigail Gardner is Reader in Music and Media at the University of Gloucestershire, UK and writes on ageing, temporality and marginality, particularly in relation to women and popular music. Her publications include Popular Music and Aging in Europe (2019), PJ Harvey and Music Video Performance (2015) and Rock On: Women, Ageing and Popular Music (2012).  She is a founder member of http://wamuog.co.uk, has led Erasmus +  media and storytelling projects and  produced 'In My Own Right', a documentary short (Zinder and Gardner, 2019) about two women's relationship in a small Orthodox community.