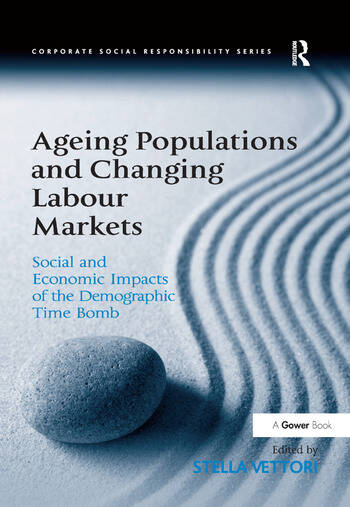 Talk of a demographic time bomb is not new. The notion first entered public consciousness some time ago, but there is a lack of clarity about what such talk is really all about. Ageing populations are seen both as a threat and an opportunity. There is concern about discrimination against older workers, at the same time as there is concern about a shortage of labour. Migration of labour from places with young populations to places with ageing populations is sometimes seen in a positive light and sometimes quite differently. With chapters reflecting different perspectives from around the world, this book constitutes a major contribution to serious, informed debate on issues that all too often have been the subject of sensationalised media treatment. Professor Stella Vettori has assembled a collection of expert writers on the social, cultural, political and economic factors that have implications both for labour markets and the well being of older people both in developed and developing countries. As a result, anyone involved with workplace and employment policy and practice, and issues of diversity and discrimination, either at a corporate or societal level, will want to read this book. Policy implications are considered and possible solutions to seemingly intractable problems are offered in a remarkable book that embraces serious academic debate and a practical focus on real issues.

Stella Vettori is Professor in the Mercantile Law Department, at the University of South Africa (UNISA). She has over fifteen years experience practising labour law, and as a trainer and consultant and has written extensively on her area of expertise, including authoring The Employment Contract and the Changed World of Work (Ashgate 2007). Internationally, Professor Vettori is a member of the Social Responsibility Research Network.

’As Vettori notes, problems arising from such demographic trends as ageing populations will require a multidisciplinary approach combining education policy, fiscal policy and industrial and human resource management policies...Vettori’s edited volume captures the challenges facing developed and developing countries as they try to resolve the problem of demographic change and an ageing population...make(s) important contributions to the literature on employment and social policy development...’ Clara Morgan, Work, Employment and Society