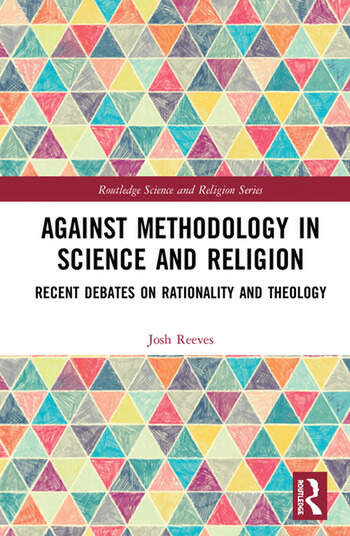 Against Methodology in Science and Religion: Recent Debates on Rationality and Theology

Since its development as a field over the last part of the twentieth century, scholars in science and religion have been heavily concerned with methodological issues. Following the lead of Thomas Kuhn, many scholars in this interdisciplinary field have offered proposals that purport to show how theology and science are compatible by appropriating theories of scientific methodology or rationality. Arguing against this strategy, this book shows why much of this methodological work is at odds with recent developments in the history and philosophy of science and should be reconsidered.

Firstly, three influential methodological proposals are critiqued: Lakatosian research programs, Alister McGrath’s "Scientific Theology" and the Postfoundationalist project of Wentzel van Huyssteen. Each of these approaches is shown to have a common failing: the idea that science has an essential nature, with features that unite "scientific" or even "rational" inquiry across time or disciplines. After outlining the issues this failing could have on the viability of the field, the book concludes by arguing that there are several ways scholarship in science and religion can move forward, even if the terms "science" and "religion" do not refer to something universally valid or philosophically useful.

This is a bold study of the methodology of science and religion that pushes both subjects to consider the other more carefully. As such, it will be of great interest to scholars in religious studies, theology and the philosophy of science.

2 Methodology and the Field of Science and Religion

3 The Lakatosian Program of Nancey Murphy

6 Anti-Essentialism and the History of Science

Josh Reeves is Assistant Professor of Science and Religion at Samford University, USA. Having run the New Directions in Science and Religion project, he has also written multiple articles on science and religion for peer-reviewed journals and is a co-author of A Little Book for New Scientists (2016).

Against Methodology in Science and Religion: Recent Debates on Rationality and Theology