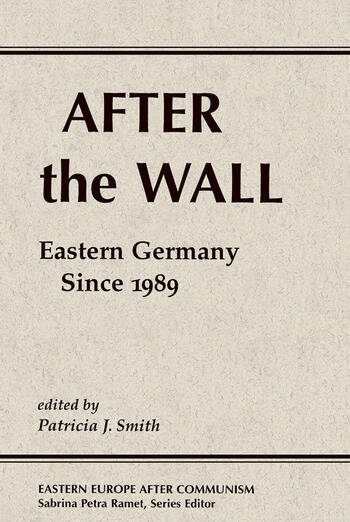 After The Wall: Eastern Germany Since 1989

Since the fall of the Berlin Wall in November 1989, Germany has faced complex challenges. The rapid introduction of political, economic, and social union in 1990 joined East and West in an experiment without precedent, as the former German Democratic Republic adopted the structures of the Federal Republic of Germany. Related issues include the adop

Introduction, PART ONE Politics and Economics, Institutional Destruction and Reconstruction in Eastern Germany, Local Government and Politics since the Wende, The Party of Democratic Socialism in the German Unification Process, 1989-1997, Xenophobia and Rightwing Extremism in Germany: The New Bundesliinder, The Shadow of the Stasi, The Illusory Economic Miracle: Assessing Eastern Germany's Economic Transition, PART TWO Culture, Society, and Religion, Shock Therapy and Mental Walls: East Germany as a Model for Post-Communist Political Culture?, The Situation of Religion in Eastern Germany After 1989, Structure and Eigensinn: Transformation Processes and Continuities of East German Women, Radio and Television in the East: A Continuing Odyssey of Change, Literature as Social Memory: On the Role of Literature in the New German States, PART THREE Foreign Policy and Security, The German Soldier and National Unity, German Foreign Policy Between Tradition and Innovation: The Geopolitical Imperative of Scharnierpolitik, Epilogue

Patricia J. Smith is visiting lecturer in political science and international studies at the University of Washington, Seattle, and west coast director for Partnership Initiatives, a non-profit organization using video-conferences for international discussions. She taught political science and international relations in Romania from 1995-97 and spent 1991-92 in Berlin on an IREX fellowship. Smith received her Ph.D. in 1995 and is now revising her dissertation entitled "Democratizing East Germany" for publication. She previously worked in government as a legislative analyst, planner, and program administrator. 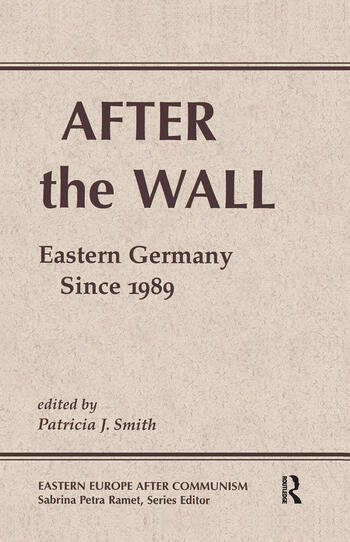 After The Wall: Eastern Germany Since 1989