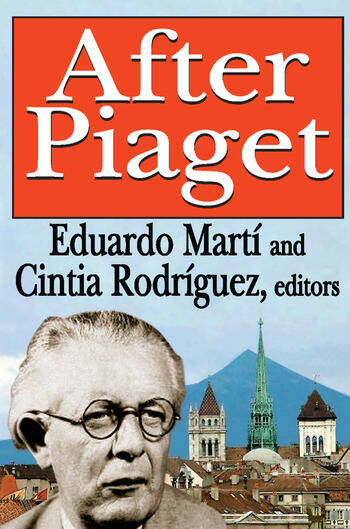 After Piaget proves that Jean Piaget's work is critical for understanding some of the most current proposals in the study of psychological development. It analyses Piaget's legacy, moving beyond the harsh critiques that have circulated since he lost prominence. It also brings together new developments and research practices that have grown out of Jean Piaget's tradition, while providing a retrospective glance into the intellectual atmospheres of different periods at which the contributors encountered Piaget.

This book reveals the richness and coherence of the School of Geneva's research during the last decades before Piaget's death. Contributions from scholars who formed part of the School of Geneva during the 1970s and '80s demonstrate Piaget's influence on such diverse fields as infant development, ethnology, neuropsychology, semiotic development, and epistemology. After Piaget is part of Transaction's History and Theory of Psychology series.

Series Editor's Preface
Restoring Piaget to the World: Looking Back to Construct the Future
Jaan Valsiner

1 From Constructivism to Neuroconstructivism: The Activity-Dependent Structuring of the Human Brain
Annette Karmiloff-Smith

Part 2. From Animal to Infant and Child Development

4 Piaget and the Comparative Psychology of Animal Cognition
Jacques Vauclair

8 The Functional Permanence of the Object: A Product of Consensus
Cintia Rodriguez

9 Thinking with Signs: From Symbolic Actions to External Systems of Representation
Eduardo Marti

12 "Choose Two or Three Scapegoats and Make Your Point!" Should I? Critical Thoughts on a Fabulous Experience and Its Heritage
Anne-Nelly Perret-Clermont