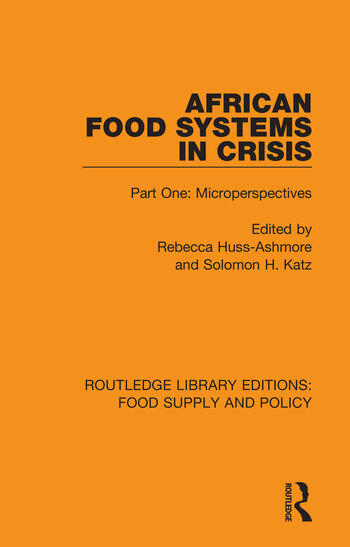 Originally published in 1990. Produced by the Task Force on African Famine of the American Anthropological Association, this is the first of a multi-part project dealing with the long-term and ongoing food crisis in Africa primarily at the level of local production-the microperspective. It offers a series of anthropological and ecological views on the cause of the current problem and on coping strategies used by both indigenous people and developmental planners. The three sections of this volume review current explanations for food problems in Africa, focusing mainly on production and consumption at the household level; they offer a number of perspectives on the environmental, historical, political, and economic contexts for food stress, and include a series of case studies showing the ways in which Africans have responded to the threat of drought and hunger. The extent of research and the degree of scholarship involved in the production of this volume recommend it to all persons concerned with this ultimately global dilemma, particularly those involved in planning and relief efforts.