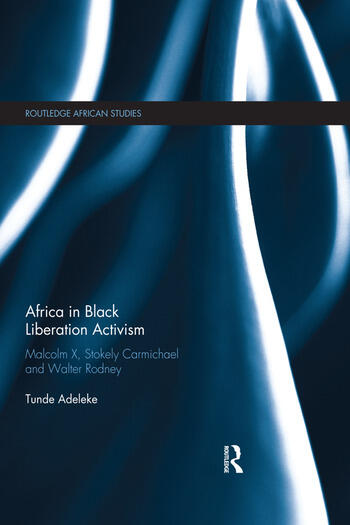 This book revisits and analyzes three of the most accomplished twentieth century Black Diaspora activists: Malcolm X (1925–1965), Stokely Carmichael (1941–1998) and Walter Rodney (1942–1980). All three began their careers in the Diaspora and later turned toward Africa. This became the foundation for developing and solidifying a global force that would advance the struggles of Africans and people of African descent in the Diaspora.

Adeleke engages and explores this “African-centered” discourse of resistance which informed the collective struggles of these three men. The book illuminates shared and unifying attributes as well as differences, presenting these men as unified by a continuum of struggle against, and resistance to, shared historical and cultural challenges that transcended geographical spaces and historical times.

will be of interest to scholars and students of African-American history, African Studies and the African Diaspora.

1. Malcolm X: Africa and the Struggle for Black Empowerment

is Professor and the Director of the African and African American Studies Program at Iowa State University, USA.