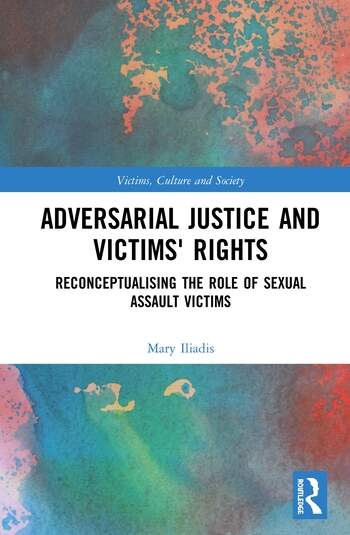 Available for pre-order. Item will ship after May 19, 2020
Add to Wish List
FREE Standard Shipping!

The rights, status and treatment of sexual assault victims has emerged as a significant 21st-century concern, occupying the forefront of legal commentary on international policy agendas. This book explores the extent to which reforms that offer victims enhanced rights to information and participation across England and Wales, Ireland and South Australia can address sexual assault victims’ procedural and substantive justice concerns. Informed by the voices of 26 high-level criminal justice professionals, legal stakeholders and victim support workers, and a quantitative dataset, this book also considers whether legal representation can address some of the problems of the prosecution process for sexual assault victims in Victoria and, indeed, in other adversarial jurisdictions that employ similar legislative frameworks. While acknowledging the value of victim-focused reforms, this book contends that cultural changes to the ways in which sexual assault victims are perceived and treated are necessary in order to improve victims’ experiences of the legal process. Reconceptualising the role of sexual assault victims from ‘witnesses’ to ‘participants’ will also increase the likelihood that victims’ rights and interests will be considered alongside those of the state and the accused. This book situates its findings within broader debates about the role, rights and treatment of sexual assault victims in adversarial justice systems and outlines prospects for the transfer of policy and practice between jurisdictions. Adversarial Justice and Victims’ Rights will interest academic and policy stakeholders engaged in criminology, law and socio-legal studies, as well as undergraduate and postgraduate students researching sexual violence and victims’ access to justice.

Chapter 6: Victim participation through the SACVR

Dr. Mary Iliadis is a lecturer in criminology at Deakin University in Melbourne, Australia, and the newsletter editor for the Australian and New Zealand Society of Criminology. Mary’s research adopts a socio-legal framework to examine, critique and impact legal policy concerning sexual assault victims’ rights and role in adversarial systems of justice. Informed by international and comparative contexts, Mary’s work explores how access to justice is negotiated by victims of gendered violence, with a particular focus on mechanisms for victim participation in criminal trials.