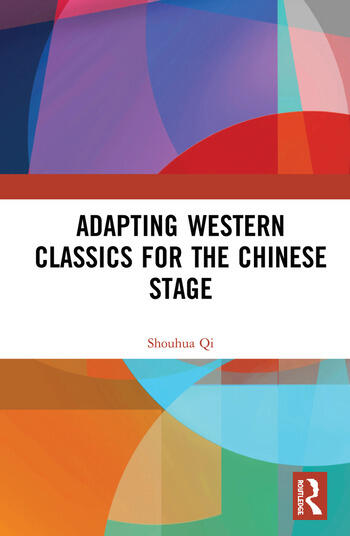 Adapting Western Classics for the Chinese Stage presents a comprehensive study of transnational, transcultural, and translingual adaptations of Western classics from the turn of the twentieth century to present-day China in the age of globalization. Supported by a wide range of in-depth research, this book

Drawing on disciplines and critical perspectives, including theatre and adaptation studies, comparative literature, translation studies, reception theory, post-colonialism, and intertextuality, this book is key reading for students and researchers in any of these fields.

2. Black Slave's Cry to Heaven, the Birth Cry of Modern Chinese Drama, and a Group of Post-’80s Amateurs in Search of a Director

5. Old Man Shakespeare, the All but Forgotten Shaw, and the Importance of Being Oscar Wilde

6. An Old "Mentor and Friend" from Afar: Adapting Classic Russian Drama for the Chinese Stage

7. The Tragic, the Comic, the Absurd, and the "Grand Feast" of French Classics

Shouhua Qi is Distinguished Visiting Professor at the College of Liberal Arts, Yangzhou University and Professor and Chair of the Department of English at Western Connecticut State University.