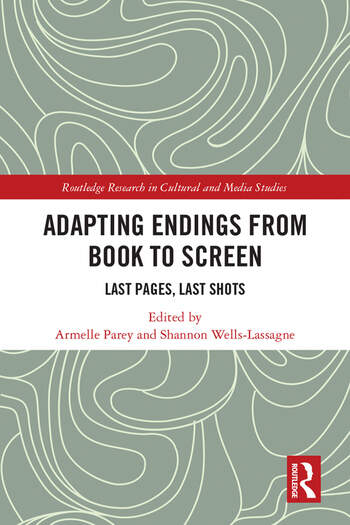 This book offers a new perspective on adaptation of books to the screen; by focusing on endings, new light is shed on this key facet of film and television studies. The authors look at a broad range of case studies from different genres, eras, countries and formats to analyse literary and cinematic traditions, technical considerations and ideological issues involved in film and television adaptions.

The investigation covers both the ideological implications of changes made in adapting the final pages to the screen, as well as the aesthetic stance taken in modifying (or on the contrary, maintaining) the ending of the source text. By including writings on both film and television adaptations, this book examines the array of possibilities for the closure of an adapted narrative, focusing both on the specificities of film and different television forms (miniseries and ongoing television narratives) and at the same time suggesting the commonalities of these audiovisual forms in their closing moments.

Adapting Endings from Book to Screen

will be of interest to all scholars working in media studies, film and television studies, and adaptation studies.

Preface: Opening Remarks: ‘There’s a long goodbye, and it happens everyday’ Introduction: On Adapting Endings Part I: Creating an Ending: an Adaptor’s Approach to Closure Chapter One: Structuring story: beginnings and endings An interview with Michael Eaton Chapter Two: The Head and the Crown: Ending Huston’s The Man Who Would Be King Chapter Three: "Is the Past Really a Foreign Country? The Different Endings of The Go-Between. Part II: The Politics of Endings Chapter Four: Adapting and Subverting Richard Slotkin’s Regeneration Through Violence: the ending of Deliverance (James Dickey, 1970, John Boorman, 1972) Chapter Five: Lee Daniels’ The Butler: From the Headlines to the Front Line Part III: Adapting to the small screen: Endings and television’s "endless present" Chapter Six: Serial Adaptation: An Endless Series of Endings? The Strange Case of Jekyll (BBC One, 2007), or, The Last Page and Its Doubles Chapter Seven: The Ourobouros of Television Prequels: Endings and Beginnings in Hannibal (NBC, 2013-2015) Chapter Eight: How to End with an Opening: TV Series Continuity and Metadaptation Part IV: Questioning Endings: The Impossibility of Closure? Chapter Nine: Alter egos and alternative endings in The Scapegoat (Daphne du Maurier’s novel, Robert Hamer’s and Charles Sturridge’s adaptations) Chapter Ten: Adapting Unsettling Endings and Harlequinization: Neil LaBute’s Possession and Joe Wright’s Atonement Conclusion: After the ending – Closure in Post-Apocalyptic Narratives as Fictions of Uncertainty

Armelle Parey is an assistant professor at the Université de Caen-Normandie (France). Her interests embrace narrative endings, memory and rewritings of the past in contemporary English-speaking fiction and in adaptation. She has written several articles and co-directed several collections of essays or special issues on the question of endings. She has recently co-edited A.S. Byatt, Before and after Possession: Recent Critical Approaches (Book Practices and Textual Itineraries 8, PU de Nancy-Editions de Lorraine, 2017) and edited Prequels, Coquels and Sequels in Contemporary Anglophone Fiction (Routledge, 2019).

Shannon Wells-Lassagne is a full professor at the University of Burgundy (Dijon, France), where she specializes in film and television adaptation. She is the author of Television and Serial Adaptation (Routledge), and editor of Screening Text (McFarland), Étudier l’adaptation filmique (Presses Universitaires de Rennes), and L’adaptation filmique : premières pages, premiers plans (Mare et Martin), as well as special issues of The Journal of Screenwriting, Interfaces, GRAAT and TV/Series and dossiers in Screen and Series. Her work has appeared in Screen, Critical Studies in Television, and The Journal of Adaptation in Film and Performance, among others.