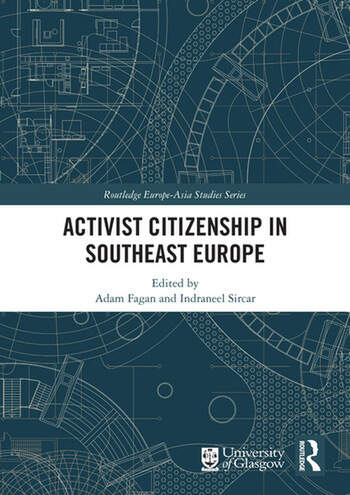 This volume explores recent episodes of progressive citizen-led mobilisation that have spread across Southeast Europe over the past decade. These protests have allowed citizens the opportunity to challenge prevailing notions of citizenship and provided the chance to redress what is perceived to be the unjust balance of power between elites and the masses. Each contribution debunks the myth of inherently passive post-socialist populations imitating West European forms of civil society activism. Rather, we gain a deeper sense of progressive and innovative forms of activist citizenship that display essentialist and particular forms of protest in combination with the antics of global protest networks. Through richly detailed case study research, the authors illustrate that whilst the catalysts for protest in Southeast Europe were invariably familiar (the expanse of private ownership into urban public spaces; the impact of austerity), the pathology of such protests were undoubtedly indigenous in origin, reflecting the particular post-socialist/post-authoritarian trajectories of these societies.

The chapters in this book were originally published as a special issue in Europe-Asia Studies.

1. Reshaping Citizenship through Collective Action: Performative and Prefigurative Practices in the 2013–2014 Cycle of Contention in Bosnia & Hercegovina

2. Between Europe and the Past—Collective Identification and Diffusion of Student Contention to and from Serbia

3. From Protest to Party: Horizontality and Verticality on the Slovenian Left

4. Contesting Neoliberal Urbanism on the European Semi-periphery: The Right to the City Movement in Croatia

5. ‘We Are All Beranselo’: Political Subjectivation as an Unintended Consequence of Activist Citizenship

7. The Role of the Feminist Movement Participation during the Winter 2012 Mobilisations in Romania

is a Fellow at the London School of Economics and Political Science, UK. His research focuses primarily on Europeanisation and citizen-led mobilisation in the Western Balkans.