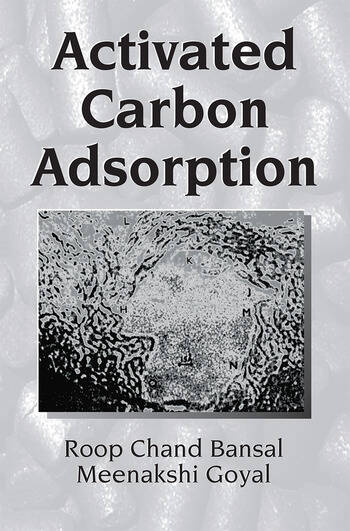 High surface area, a microporous structure, and a high degree of surface reactivity make activated carbons versatile adsorbents, particularly effective in the adsorption of organic and inorganic pollutants from aqueous solutions. Activated Carbon Adsorption introduces the parameters and mechanisms involved in the activated carbon adsorption of organic and inorganic compounds. This text brings together the most significant research on surface structure and processes, adsorption theories and isotherm equations, and applications from the latest literature on carbon adsorption.

The book clearly explains the surface-related interactions of activated carbons, their energetics, and the applicability of adsorption isotherm equations and their deviation from adsorption data. It then explores numerous applications in a wide range of areas, such as nuclear technology, vacuum technology, food technology, pharmaceuticals and medicine, gas storage, oil refining, and environmental remediation. Topics include: oils and fats, molecular sieves, refining of liquid fuels, pesticides, dyes, drugs, and toxins. Three chapters are dedicated to environmental applications, including the adsorption of halogenated organic compounds and the removal of hazardous gases and vapors, organo-sulphur compounds, and other inorganic compounds from wastewater and groundwater.

Activated Carbon Adsorption presents a complete survey of the growing number of state-of-the-art applications supported by a compilation of the latest perspectives in research concerning carbon surfaces and their adsorption processes from aqueous solutions. Its unified approach promotes further research towards improving and developing newer activated carbon adsorbents and processes for the efficient removal of pollutants from drinking water and industrial effluents.

“As a reference and teaching volume the value of this book is incalculable and it is likely to become a standard work on the bookshelves of all those in the many fields in which activated carbon plays a key role.”
— Chromatographia
“This book is both very informative and fairly comprehensive on the subject of adsorption by activated carbon. Written for the chemist and/or engineer, it serves as broad and well documented study of activated carbon. The organization of the book makes it an excellent resource for individuals who are involved with the scientific and engineering study of activated carbons, or with one or more of their various applications. … The book is rich in references, and the authors have the technical maturity to offer excellent critical reviews of the research dealing with the characterization and application of activated carbons for adsorption. … The book does fulfill the authors’ desire to offer the necessary background on the adsorption of activated carbon and serve as a guide and survey of the numerous studies of activated carbon. Complete with important references, it does an excellent job of providing the latest perspectives in research concerning carbon surfaces and their adsorption processes and, as such, should be a valuable resource for those individuals involved with the study and application of activated carbon, including surface scientists, chemists, engineers, and technologists.”
—Douglas K. Ludlow, University of Missouri, in Journal of the American Chemical Society, 2006
“… provides a thorough and well documented discussion of activated carbon surface chemistry. The book includes references spanning more than a century and frames discussion of the literature in an appropriate historical context. … The book is generally well organized with a descriptive table of contents and both a subject and an author index. … This book is most appropriate for graduate students and faculty active in carbon adsorption research, although it may also make an appropriate textbook for graduate students with previous knowledge on sorption phenomena. It is a useful reference tool as it compiles a vast amount of scattered information into one book. … provide relevant photos, equations, and tables in each chapter. Whether you are an aspiring scientist, or a seasoned researcher, the depth and breadth of information in this book make it a must read.”
—Timothy O. Jobe, New Mexico State University, in Jom On-Line, February 26, 2007 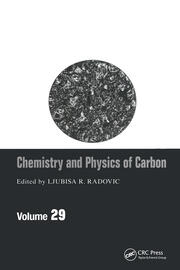 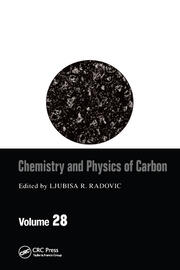