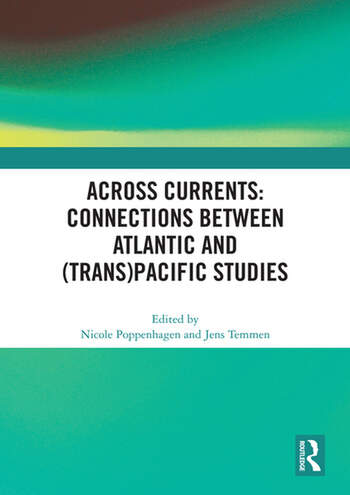 Across Currents: Connections Between Atlantic and (Trans)Pacific Studies

This book explores connections between Atlantic studies and (trans)Pacific studies, including the potential discursive, topical, and historical overlaps of the two fields. It carves out mutual concerns and theoretical affinities, but also divergent approaches and differences. While acknowledging the fundamental differences that characterize the individual fields, the essays in this volume examine how both Atlantic and (trans)Pacific studies are part of global currents of political, activist, artistic, economic, and academic exchange. This volume brings together voices from Europe, North America, and the Pacific with disciplinary backgrounds in history, culture, and literature. Directed at scholars with a background in (trans)Pacific and/or Atlantic studies, this collection is an attempt to stimulate exchange between the two fields, to intensify their impact within the current transnational focus of literary and cultural studies, to encourage the questioning of well-mapped paths of inquiry, and to outline new theoretical approaches to both fields.

This book was originally published as a special issue of the journal Atlantic Studies.

3. The motions of the oceans: Circulation, displacement, expansion, and Carlos Bulosan’s America is in the Heart Steven Yao

5. From the black Atlantic to the bleak Pacific: Re-reading "Benito Cereno" Alexandra Ganser

6. "Strange beasts of the sea": Captain Cook, the sea otter and the creation of a transoceanic American empire Juliane Braun

Nicole Poppenhagen holds a teaching and research appointment at Europa-Universität Flensburg, Germany, and is the recipient of the 2016 United States Ambassador’s Grant for Young Researchers in American Studies. Her research and publications focus on Chinese American literature, transpacific studies, and life writing.

is a PhD Fellow with the DFG-funded Research Training Group "Minor Cosmopolitanisms" at the University of Potsdam, Germany. His research and publications focus on U.S. imperialism in the Pacific, imperial and postcolonial discourses of territoriality and legitimacy, and representations of Mars colonization in U.S. literature and culture.

Across Currents: Connections Between Atlantic and (Trans)Pacific Studies