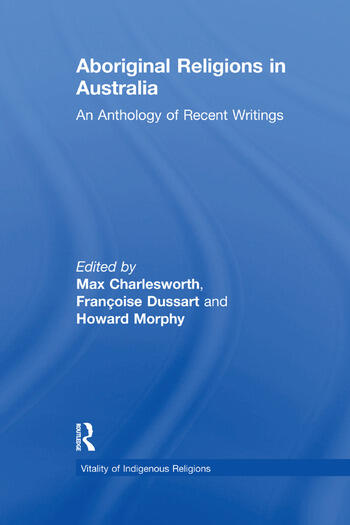 Aboriginal Religions in Australia: An Anthology of Recent Writings

Over the last 25 years there has been an explosion of interest in the Aboriginal religions of Australia and this anthology provides a variety of recent writings, by a wide range of scholars. Australian Aboriginal Religions are probably the oldest extant religious systems. Over some 50,000 years they have coped with change and re-invented themselves in an astonishingly creative way. The Dreaming, the mythical time when the Ancestor Spirits shaped the territories of the Aborigines and laid down a moral and ritual law for their occupants, is the fundamental religious reality. It is the basis of the Aborigines's view of their land or country, kinship relationships, ritual and art. However, the Dreaming is not a static principle since it is interpreted in different ways, as in the extraordinary movement in contemporary indigenous painting, and in attempts at an accommodation with Christianity. The contributions of anthropologists, cultural historians, philosophers of religion and others are included in this anthology which not only guides readers through the literature but also ensures this still largely inaccessible material is available to a wider range of readers and non-specialist students and academics.

Aboriginal Religions in Australia: An Anthology of Recent Writings