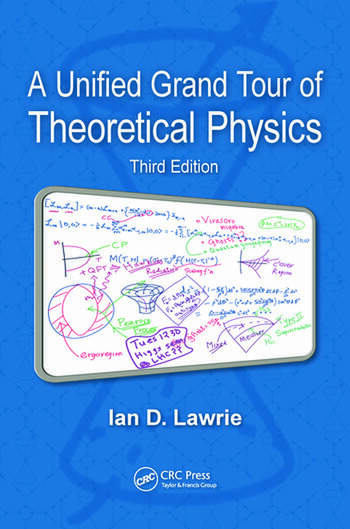 A Unified Grand Tour of Theoretical Physics invites its readers to a guided exploration of the theoretical ideas that shape our contemporary understanding of the physical world at the fundamental level. Its central themes, comprising space-time geometry and the general relativistic account of gravity, quantum field theory and the gauge theories of fundamental forces, and statistical mechanics and the theory of phase transitions, are developed in explicit mathematical detail, with an emphasis on conceptual understanding. Straightforward treatments of the standard models of particle physics and cosmology are supplemented with introductory accounts of more speculative theories, including supersymmetry and string theory.

This third edition of the Tour includes a new chapter on quantum gravity, focusing on the approach known as Loop Quantum Gravity, while new sections provide extended discussions of topics that have become prominent in recent years, such as the Higgs boson, massive neutrinos, cosmological perturbations, dark energy and matter, and the thermodynamics of black holes.

Designed for those in search of a solid grasp of the inner workings of these theories, but who prefer to avoid a full-scale assault on the research literature, the Tour assumes as its point of departure a familiarity with basic undergraduate-level physics, and emphasizes the interconnections between aspects of physics that are more often treated in isolation.

The companion website at www.unifiedgrandtours.org provides further resources, including a comprehensive manual of solutions to the end-of-chapter exercises.

Introduction: The Ways of Nature

Geometry
The Special and General Theories of Relativity
Spacetime as a Differentiable Manifold
Tensors
Extra Geometrical Structures
What is the Structure of our Spacetime?

Quantum Theory
Wave Mechanics
The Hilbert Space of State Vectors
Operators and Observable Quantities
Spacetime Translations and the Properties of Operators
Quantization of a Classical System
An Example: The One-dimensional Harmonic Oscillator

Some Snapshots of the Tour

Some Elements of Group Theory

"…excellent insight into theoretical physics at a level which is accessible for advanced undergraduates and above. It is brilliantly written and deserves a full recommendation."
—Manuel Vogel, Contemporary Physics, 2013

"This is a remarkable sweeping overview. It not only conducts beginning students to several active frontiers of theoretical physics but even reveals aspects of an underlying conceptual and technical unity that can spur them into joining the quest. Especially valuable is the unified treatment of statistical mechanics and quantum field theory. New to this edition is a welcome treatment of constrained Hamiltonian dynamics with a discussion of implications for loop quantum gravity. I know of no other text written at this introductory level that succeeds so admirably in offering a mathematically rigorous yet accessible hint of the marvels of space and time that researchers will encounter in the twenty-first century."
—Professor Donald Salisbury, Austin College

"Ian Lawrie’s Unified Grand Tour is an introduction to most of the fundamental areas in theoretical physics, aimed at readers with knowledge of physics equivalent to what is covered in an undergraduate physics program. The treatment is concise yet complete, the style informal and readable but also technically detailed. Compared to textbooks at this level, it has the advantage that it presents a unified picture of the different areas by using a coherent approach and consistent notation, making frequent references across disciplines, and explicitly discussing conceptual aspects which emphasize the connections. It goes beyond other overviews of theoretical physics at this level in that it provides the technical tools needed to understand the main ideas behind current research in gravitation and cosmology, quantum theory, particle physics and statistical mechanics. In fact, the author's goal was to write more than just a condensed version of more extended texts, and the result is a highly successful guide to our understanding of how nature works. The third edition contains several new sections on topics that have become important in recent years, such as the Higgs boson, massive neutrinos, dark matter and dark energy, cosmological perturbations, and a whole new chapter on the promising theory known as loop quantum gravity. I know I will keep a copy of this book within reach, and I can highly recommend it both for readers who need a detailed but quick introduction to an area, in particular if they are willing to spend the time to go over the end-of-chapter exercises, and for those who wish to develop a unified understanding of theoretical physics."
—Luca Bombelli, Department of Physics and Astronomy, University of Mississippi, University, USA

"The Grand Tour of the 18th and 19th centuries took travellers on a pilgrimage round Europe’s cultural heritage, motivated by the ideal of an all-embracing liberal education in the arts and sciences, architecture and language. Ian Lawrie’s modern-day Grand Tour guides its readers on an equally stimulating intellectual voyage encompassing the unifying ideas of quantum field theory, general relativity and geometry that form the basis of our understanding of particle physics, cosmology and the early universe.
In this new edition of his well-known textbook, familiar topics have been updated and augmented with extended discussions of the Higgs boson, neutrinos and the cosmic microwave background supplementing previously added sections on supersymmetry, string theory and quantum gravity, providing readers with the background to follow recent research in particle physics and string cosmology. Written for graduate students and other physicists seeking an introduction to the fundamental ideas underlying unified theories, this is a valuable addition to the literature on modern theoretical physics."
—Graham Shore, Swansea University, Wales

Praise for Previous Editions:
A Unified Grand Tour of Theoretical Physics has a charming first chapter that compares the overview of theoretical physics offered in the following chapters to the Grand Tour of the continent taken by young Englishmen in the 18th century … If a person were to work through the entire book, he or she would gain an understanding of relativity, quantum theory, spacetime, tensors, gauge theories, field theory, and statistical mechanics. New to the second edition is material on string theory and supersymetry.
—E-STREAMS, Vol. 5, No. 9

Within a single volume, this book meets a genuine need. It provides appropriate material to enable many of us to broaden our knowledge into areas that are only loosely related to our own specialties. I can certainly recommend it, and I am sure I will regularly use it personally. The author should be congratulated on generally meeting the aims he set out to achieve … it is likely to prove to be an extremely helpful resource.
—Classical and Quantum Gravity, Vol. 19

It is not a mere popularization of the edifices but a serious introduction to them.
—Kailish Kumar, The Physicist, Vol. 39

The book is laced with penetrating little insights delivered with a wry wit which makes for an entertaing read.
—Times Higher Educational Supplement

… it is perfect for an ambitious graduate student, an adventurous scientist in another field, or even an aging physics professor who has devoted himself to a specialty and will relish an excursion into unfamiliar territory.
—Physics Today 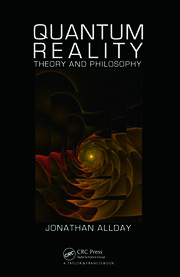 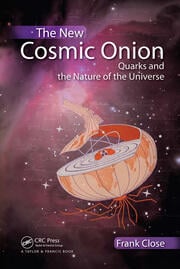 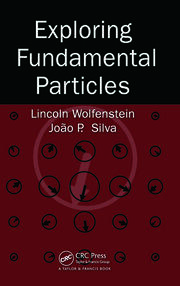