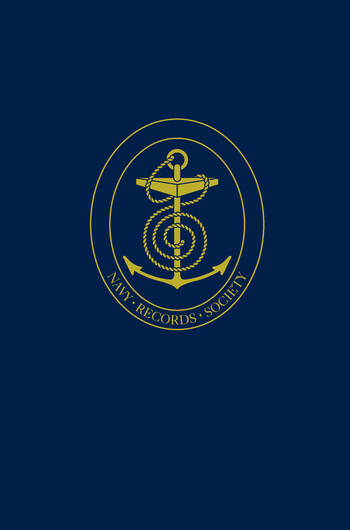 A Narrative of my Professional Adventures by Sir William Henry Dillon: 1790-1839, Vol. I

Sir William Henry Dillon (1780-1857) was born in Birmingham, the illegitimate son of the distinguished writer and traveller John Talbot Dillon (1734-1806), a baron of the Holy Roman Empire. The elder Dillon had briefly served in the Royal Navy, apparently obtaining his discharge in a fit of pique after being ejected, when a midshipman, from the Parade Coffee House in Portsmouth, a hostelry reserved for captains.

Sir William’s long, enjoyable, and informative memoirs, edited by Professor Michael A Lewis, one of the doyens of naval historians, are arguably the best by any naval officer of the period, and for anyone seeking an intimate glimpse into the workings of the Georgian navy and the professional concerns and vexations of its officer corps they are essential reading. The narrative, never dull, is enhanced by the editor’s erudite and, where appropriate, witty commentaries, by the sense we derive of the author’s personal foibles and by his numerous exasperated references to ‘Mrs V’ (Matilda Voller), a middle-aged widow who ensnared Dillon into marriage when he was a young lieutenant recently returned from incarceration in France.

William Dillon entered the navy in 1790, and saw action on the Glorious First of June in 1794, in Lord Bridport’s engagement off the Île de Groix in 1795, and at the capture of St Lucia in 1796. Commissioned lieutenant in 1797, he served off the coast of Wexford during the Irish rebellion. This volume takes his career up to 1802.

Michael Lewis was born on 3 January 1890 in Freeland, Oxfordshire, the son of a vicar. He was educated at Uppingham and Trinity College Cambridge, where he took a BA in 1912 and an MA in 1924. In World War I he served in the Royal Marines from 1914 to 1919 becoming a Lieutenant. In 1913 he was appointed an assistant master at the Royal Naval College, Osbourne. In 1922 he was appointed deputy head of history at BRNC Dartmouth, and in 1934 he became Professor of History at the Royal Naval College, Greenwich, where he remained until retirement in 1955. He was also a lecturer in naval history at the Royal Naval Staff College and Senior Officers War Course. He died on 3 February 1970.

A Narrative of my Professional Adventures by Sir William Henry Dillon: 1790-1839, Vol. I