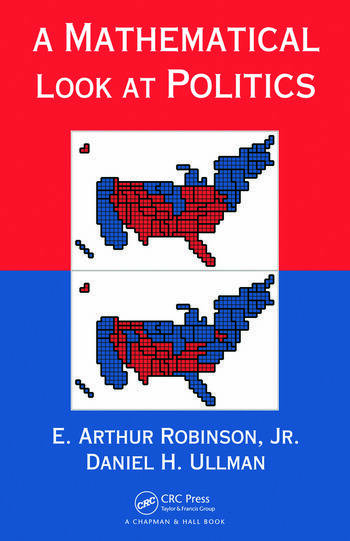 A Mathematical Look at Politics

What Ralph Nader's spoiler role in the 2000 presidential election tells us about the American political system. Why Montana went to court to switch the 1990 apportionment to Dean’s method. How the US tried to use game theory to win the Cold War, and why it didn’t work. When students realize that mathematical thinking can address these sorts of pressing concerns of the political world it naturally sparks their interest in the underlying mathematics.

A Mathematical Look at Politics is designed as an alternative to the usual mathematics texts for students in quantitative reasoning courses. It applies the power of mathematical thinking to problems in politics and public policy. Concepts are precisely defined. Hypotheses are laid out. Propositions, lemmas, theorems, and corollaries are stated and proved. Counterexamples are offered to refute conjectures. Students are expected not only to make computations but also to state results, prove them, and draw conclusions about specific examples.

Tying the liberal arts classroom to real-world mathematical applications, this text is more deeply engaging than a traditional general education book that surveys the mathematical landscape. It aims to instill a fondness for mathematics in a population not always convinced that mathematics is relevant to them.

The book finds a nice compromise between formality and accessibility. The authors take care to build from examples, isolate what is important, and generalize into theorems. It is expected that the reader has only limited mathematical experience, so much effort is put toward making very clear what is and is not being said. … The exercises that close each chapter are interesting and often quite challenging … Topics are introduced and motivated thoughtfully. Definitions are clear, and the authors take the time to explain why they need to be with well-chosen examples. When the proofs come (and they do come), they are set up properly. … The book has plenty of uses other than as a textbook. Instructors teaching a broader liberal arts mathematics course could use it to add depth to these topics or craft supplemental readings and projects. Students of mathematics or politics will find independent study opportunities here, and mathematicians from other areas will find this an enjoyable introduction. This is a very thoughtfully written text that should be made available to anyone with an interest in learning or teaching this topic.
—MAA Reviews, July 2011

Tying the liberal arts classroom to real-world mathematical applications, this text is more deeply engaging than a traditional general education book that surveys the mathematical landscape. It aims to instill a fondness for mathematics in a population not always convinced that mathematics is relevant.
— BULLETIN BIBLIOGRAPHIQUE, 2011 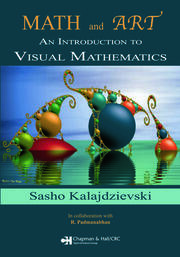 Math and Art: An Introduction to Visual Mathematics

A Mathematical Look at Politics