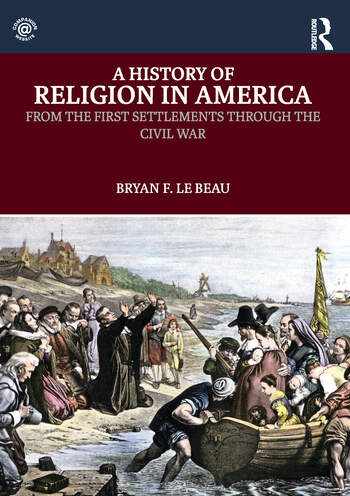 A History of Religion in America

Chronologically arranged and integrating various religious developments into a coherent historical narrative, this set of books also contains useful chapter summaries and review questions. Designed for undergraduate religious studies and history students A History of Religion in America provides a substantive and comprehensive introduction to the complexity of religion in American history.

2. British Colonization and the Origins of American Religion

3. Religion and the American Revolution

4. Religion and the Early Republic

5. Religion and the Age of Reform

7. Civil War and the Churches

1. The Challenges of Immigration, Growth, and Diversity

2. Industrialization, Urbanization, and the Social Gospel, Here and Abroad

3. Science Versus Religion: Action and Reaction

4. Religion in America between the World Wars

7. An Equal and Opposite Reaction: Conservative Retrenchment in the 1980s and 1990s

8. Whither Religion in the Twenty-First Century?

Bryan F. Le Beau is retired from the University of Saint Mary, where he served as Professor of History, Provost, and Vice President for Academic Affairs. He is the author of several books on American cultural and religious history.

A History of Religion in America