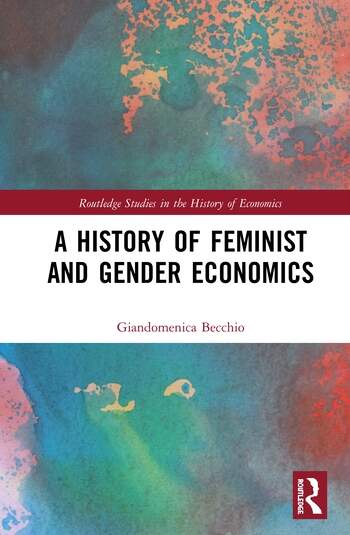 A History of Feminist and Gender Economics

This book offers a historical exploration of the genesis of feminist economics and gender economics, as well as their theoretical and methodological differences. Its narrative also serves to embed both within a broader cultural context.

This volume will be of great interest to researchers and academia in the fields of feminist economics, gender studies, and the history of economic thought.

I.1 Women economists in Great Britain between classical liberalism and Fabianism

I.1.1 The classical liberal tradition during Victorianism

I.1.2 The socialist tradition between Fabianism and Guildism

I.2 Woman question in Austria and Germany: Jewishness and political economy

I.2.1 The classical liberal tradition in Austria and the Austrian school women economists

I.2.2 The socialist tradition in Austrian women economists

I.2.3 Early feminism and political economy in Germany.

I.3 Woman question in the United States: political economy between abolitionism and social reforms

I.3.1 The fight for civil rights

I.3.2 Women’s emancipation within economic departments and the role of female entrepreneurship.

II.1 The birthing of home economics

II.2 Household economics at the University of Chicago

II.3 From household economics to the new home economics

Chapter III. The genesis and development of feminist economics within academia

III.1 The role of women’s studies in the emerging of feminist economics

IV.1 Gender as a cultural category

IV.4 Beyond labels: some data about gender gaps in the world economy

A History of Feminist and Gender Economics