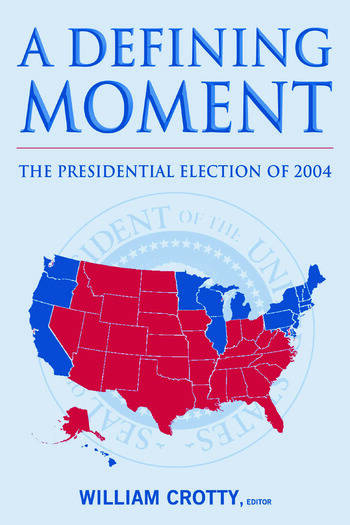 Set against the backdrop of the war in Iraq, drastically altered relations with traditional U.S. allies, intense partisanship, and a national debate over moral values, the 2004 presidential campaign presented voters with a clear choice that reflected deep divisions within the country. This collection analyzes this watershed election, and its likely consequences. The contributors examine every aspect of the election, including the strategies and tactics of the Bush and Kerry campaigns, voter turnout and policy consequences, campaign financing, and the power of incumbency.