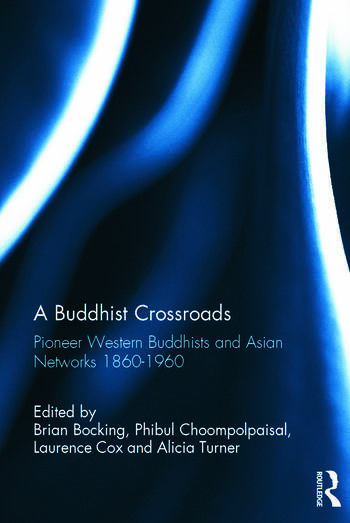 In the late 19th and early 20th centuries, Buddhism in Asia was transformed by the impact of colonial modernity and new technologies and began to spread in earnest to the West. Transnational networking among Asian Buddhists and early western converts engendered pioneering attempts to develop new kinds of Buddhism for a globalized world, in ways not controlled by any single sect or region. Drawing on new research by scholars worldwide, this book brings together some of the most extraordinary episodes and personalities of a period of almost a century from 1860-1960. Examples include Indian intellectuals who saw Buddhism as a homegrown path for a modern post-colonial future, poor whites ‘going native’ as Asian monks, a Brooklyn-born monk who sought to convert Mussolini, and the failed 1950s attempt to train British monks to establish a Thai sangha in Britain. Some of these stories represent creative failures, paths not taken, which may show us alternative possibilities for a more diverse Buddhism in a world dominated by religious nationalisms. Other pioneers paved the way for the mainstreaming of new forms of Buddhism in later decades, in time for the post-1960s takeoff of ‘global Buddhism’.

This book was originally published as a special issue of Contemporary Buddhism.

3. Buddhist councils in a time of transition: globalism, modernity and the preservation of textual traditions Tilman Frasch

5. The Bible, the bottle and the knife: religion as a mode of resisting colonialism for U Dhammaloka Alicia Turner

10. Elective affinities: the reconstruction of a forgotten episode in the shared history of Thai and British Buddhism – Kapilavaḍḍho and Wat Paknam Andrew Skilton

is Research Associate in Thai Meditation Texts at King’s College London, UK. He is author of several articles on Thai Buddhism in the early modern period.

is Lecturer in Sociology at the National University of Ireland Maynooth, Ireland. He is author of Buddhism and Ireland (2013) and has published widely on social movements. He is currently with Brian Bocking and Alicia Turner on the strange lives of U Dhammaloka and Capt. Charles Pfoundes.

is an Assistant Professor of Religious Studies in the Humanities department of York University in Toronto. She is the author of Saving Buddhism: Moral Community and the Impermanence of Colonial Religion (forthcoming) and editor of The Journal of Burma Studies.