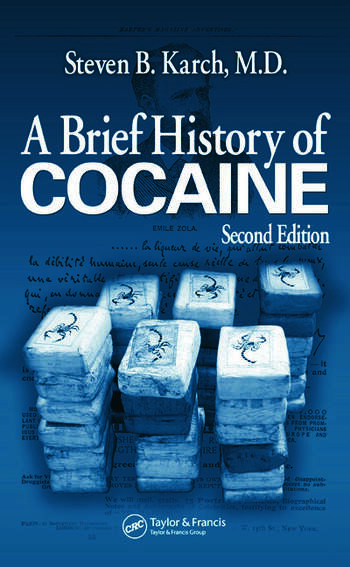 A Brief History of Cocaine

A Brief History of Cocaine, Second Edition provides a fascinating historical insight into the reasons why cocaine use is increasing in popularity and why the rise of the cocaine trade is tightly linked with the rise of terrorism The author illustrates the challenges faced by today's governments and explains why current anti-drug efforts have had only a limited effect on this global market.

This updated edition reexamines the impact of cocaine production, trade, and consumption on society beginning in the 16th century. It shows how the commercialization of cocaine was driven by cartels of Swiss and German pharmaceutical companies and private enterprises across Europe, Asia, and the United States. The author shows how government policies slowly transformed from trade, shipping, and manufacturing regulations, with little or no success in stemming the flow of drugs. The book describes how anti-drug laws, treaties, and costly initiatives involving crop substitution, crop suppression, interdiction, and international cooperation were first attempted more than 400 years ago and why these strategies failed for Colonial Spain and later backfired on the League of Nations. The author shows how economic necessity among growers, the environmental impact of pesticides, the potential for genetic engineering of coca plants, and other loopholes have actually been counterproductive, undermining the current efforts to curb the cocaine trade.

Featuring new and reorganized chapters, A Brief History of Cocaine, Second Edition contains the latest data and statistics relating drug trafficking to terrorism, and explains recent trends in worldwide production, consumption, cost competition, and international transport. This book offers a well-rounded historical perspective that is ideal for criminal justice practitioners, teachers, students, and anyone interested in this topic.

"Say "cocaine history" and most people think of Pablo Escobar or disco or perhaps the original Coca-Cola. Steven Karch takes us back to the drug's critical early years, when the the coca plant was the object of intense curiosity and excitement among botanists and medical researchers. Full of outsized personalities and surprising details, A Brief History of Cocaine is a lively and readable introduction to the discovery, popularization, and globalization of cocaine in the late nineteenth and early twentieth centuries."

--David Courtwright, author of Dark Paradise and Forces of Habit.

A Brief History of Cocaine is definitely an engaging read. Karch's second edition has been updated to include the most recent information on trafficking, consumption, cost, and trends …. For a relatively short book (188 pages) the author covers a wide variety of topics ranging from its trade as a commodity, the effects of cocaine abuse on society and even celebrity deaths. The common thread in this book is the comparison of old and new. This makes for a refreshing read, and one that is extremely relevant read for practitioners from a wide variety of disciplines.
- Sarah Kerrigan writing in the Journal of Forensic Science,Vol. 52, No.3 May 2007

"The timing is perfect for a book reminding us of the long history of cocaine and the periodic denial of past and present and realities that accompanies each new cocaine epidemic."
- Journal of the American Medical Association, June 14 2006

"Bursting at the bindings with fascinating facts, Steven Karch's A Brief History of Cocaine is just that: the exploitation of the coca leaf and cocaine. We learn a lot."
- Adrian Branett, in New Scientist Magazine, April 1998

"…Steven Karch does not claim that his book is the definitive history of cocaine, but it is the best volume on the topic…a convenient, scholarly, and well-written outline of cocaine's history."
- David F. Musto, Psychiatry, Yale University, in American Scientist, Volume 86 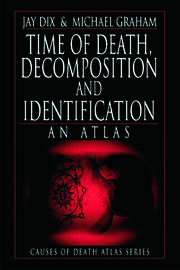 Time of Death, Decomposition and Identification: An Atlas

A Brief History of Cocaine