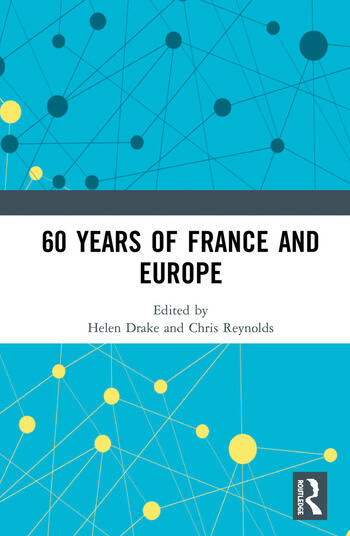 60 years of France and Europe

2017 marked the 60th anniversary of the signing of the Treaty of Rome and the starting point for today’s European Union. Since then, the project has indisputably come a very long way and has undergone major changes in direction. However, one constant throughout has been the central role played by France.

This important milestone is used to take stock of the relationship between France and Europe. The enclosed chapters cover a broad range of issues relating to the past, present and future, investigating Franco-European relations via the optic of a wide range of debates. These include:

Sixty years on: France and Europe from the Treaty of Rome to the 2017 elections

assess how and why Europe matters in our understanding of contemporary France, and contributes to the important and ongoing research agendas for the study of France and the European Union.

The chapters were originally published in a special issue of Modern & Contemporary France.

Introduction: Sixty years on: France and Europe from the Treaty of Rome to the 2017 elections

Chapter 2: From ‘la petite Europe vaticane’ to the Club Med: the French Socialist Party and the challenges of European integration

Chapter 4: France and European macroeconomic policy coordination: from the Treaty of Rome to the euro area sovereign debt crisis

Chapter 5: Drawing Algeria into Europe: shifting French policy and the Treaty of Rome (1951–1964)

60 years of France and Europe