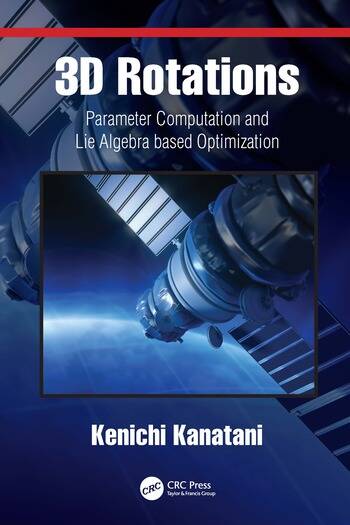 3D rotation analysis is widely encountered in everyday problems thanks to the development of computers. Sensing 3D using cameras and sensors, analyzing and modeling 3D for computer vision and computer graphics, and controlling and simulating robot motion all require 3D rotation computation. This book focuses on the computational analysis of 3D rotation, rather than classical motion analysis. It regards noise as random variables and models their probability distributions. It also pursues statistically optimal computation for maximizing the expected accuracy, as is typical of nonlinear optimization. All concepts are illustrated using computer vision applications as examples.

Mathematically, the set of all 3D rotations forms a group denoted by SO(3). Exploiting this group property, we obtain an optimal solution analytical or numerically, depending on the problem. Our numerical scheme, which we call the "Lie algebra method," is based on the Lie group structure of SO(3).

This book also proposes computing projects for readers who want to code the theories presented in this book, describing necessary 3D simulation setting as well as providing real GPS 3D measurement data. To help readers not very familiar with abstract mathematics, a brief overview of quaternion algebra, matrix analysis, Lie groups, and Lie algebras is provided as Appendix at the end of the volume.

Appendix B ■ Topics of Linear Algebra

Kenichi Kanatani received his B.E., M.S., and Ph.D. in applied mathematics from the University of Tokyo in 1972, 1974, and 1979, respectively. After serving as Professor of computer science at Gunma University, Gunma, Japan, and Okayama University, Okayama, Japan, he retired in 2013 and is now Professor Emeritus of Okayama University.He was a visiting researcher at the University of Maryland, U.S. (1985–1986, 1988–1989, 1992), the University of Copenhagen, Denmark (1988), the University of Oxford,U.K. (1991), INRIA at Rhone Alpes, France (1988), ETH, Switzerland (2013), the Uni-versity of Paris-Est, France (2014), Link ̈oping University, Sweden (2015), and NationalTaiwan Normal University (2019).He is the author of K. Kanatani,Group-Theoretical Methods in Image Understanding(Springer, 1990), K. Kanatani,Geometric Computation for Machine Vision(Oxford Uni-versity Press, 1993), K. Kanatani,Statistical Optimization for Geometric Computation:Theory and Practice(Elsevier, 1996; reprinted Dover, 2005), K. Kanatani,Understand-ing Geometric Algebra: Hamilton, Grassmann, and Clifford for Computer Vision andGraphics(CRC Press, 2015), K. Kanatani, Y. Sugaya, Y. Kanazawa,Ellipse Fitting forComputer Vision: Implementation and Applications(Morgan-Claypool, 2016), and K.Kanatani, Y. Sugaya, Y. Kanazawa,Guide to 3D Vision Computation: Geometric Anal-ysis and Implementation(Springer, 2016).He received many awards including the best paper awards from IPSJ (1987) , IEICE(2005), and PSIVT (2009). He is a Fellow of IEEE, IAPR, and IEICE.1 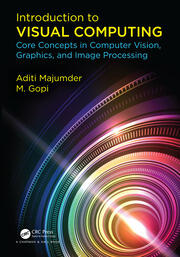 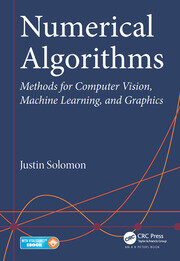 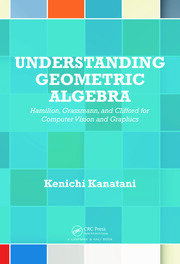